How to Increase Your Proposal Conversion Rate by 25% 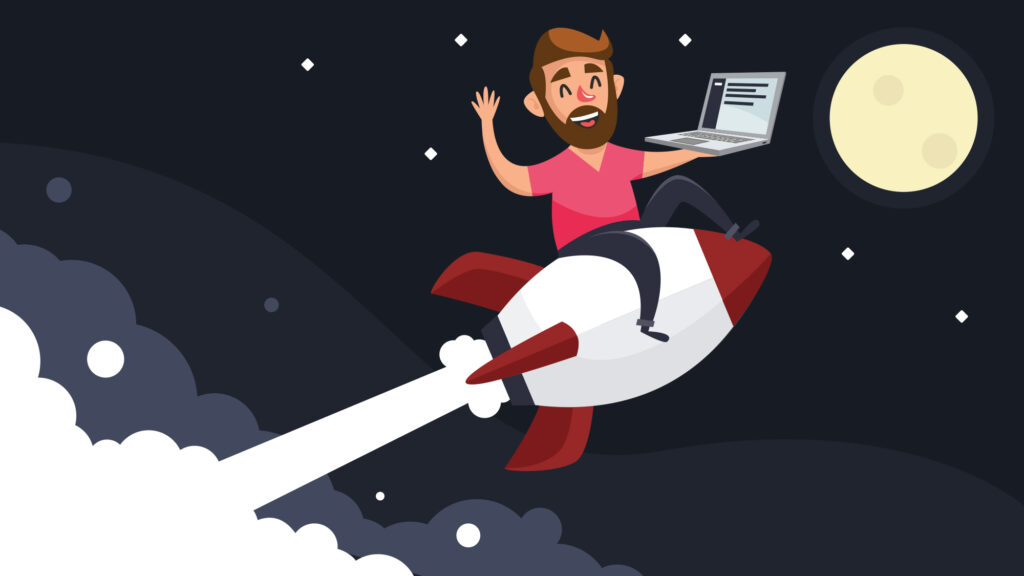 People talk about easy money. This is as easy as it gets.

The simplest thing imaginable and you earn more money.

We’re not in the habit of wasting time here so we’ll just start out with it. Send your proposals quickly. More specifically, send proposals within 24 hours and you increase your chances of winning the job by up to 25%.

This isn’t theory. This is backed by 2 years worth of data from hundreds of thousands of real proposals being sent using the Better Proposals platform.

Every year we create a Proposal Report. There’s the 2018 edition and now the 2019 edition. One of the things we looked at was what the effect of sending proposals quickly was.

There’s old logic that suggests you don’t want to look desperate so it’s best to leave the proposal a few days. It makes you look more in demand and increases your value if they have to wait for your proposal. This is solid logic but you can achieve this in other ways.

For two years running now there has been significant increases in conversion rates when running these two stats so if you’re looking for a quick way to increase your conversions from the proposals you send – this is the easiest.

1. Use software that makes this easy

An obvious one coming from us but the stability, structure and default brilliance that you get by using proposal software is unmatched when compared to using Microsoft Word or Google Docs.

Things like making sure your formatting is reduced to a minimum, the design looks incredible, they can sign it digitally and pay online. These are all things any good proposal software should do as standard. Yes it’s an additional cost to your monthly outgoings but it’s worth it in time saved alone even if you send a couple of proposals a month.

Our proposal software does all this and more and you can get yourself a free trial and see how you like it in your business. 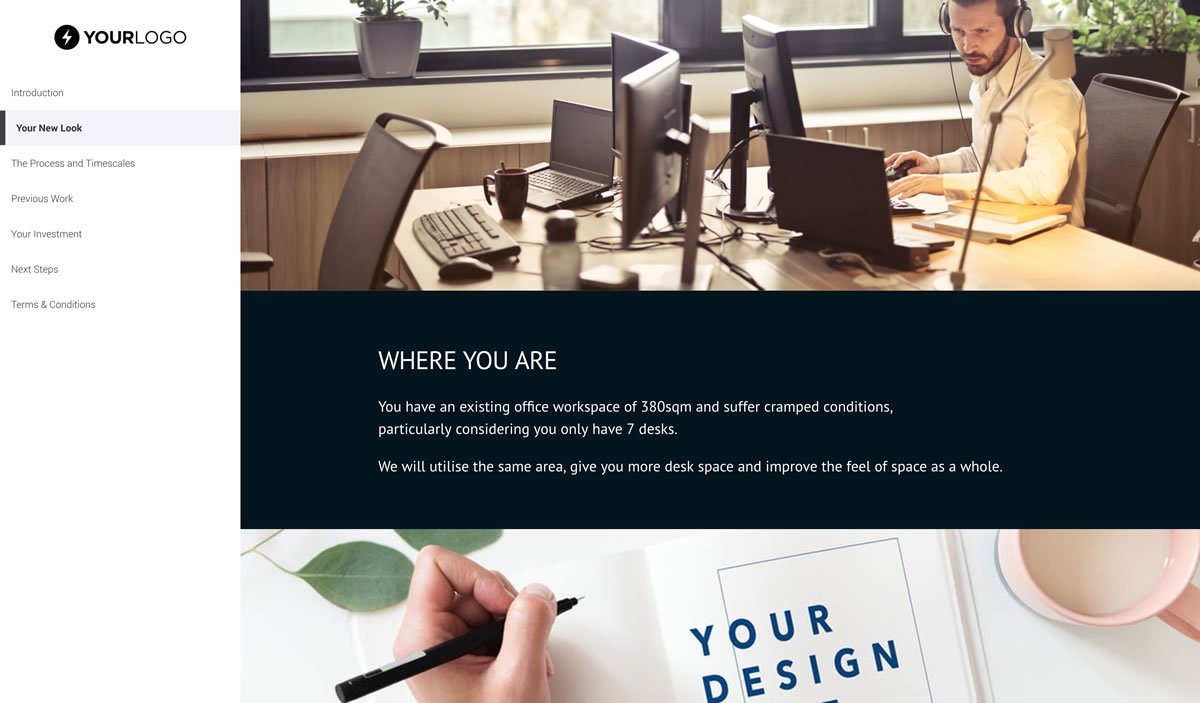 2. Write the introduction immediately after the meeting

This is the part that really makes the difference. You can get everything else sorted but if you fail here then the whole process is an uphill struggle.

My suggestion is to meet your client somewhere neutral like a hotel lobby. A coffee shop is the default go-to here but it’s not ideal, too fast paced and restricts your meeting to 2 coffees and you’re out.

It’s much better to meet somewhere like a hotel lobby, get there early, get relaxed, have the meeting then once you’ve sent your client on their way, sit back down and write the introduction. It’s vital you do this as soon as you possibly can and as close to the meeting as possible. 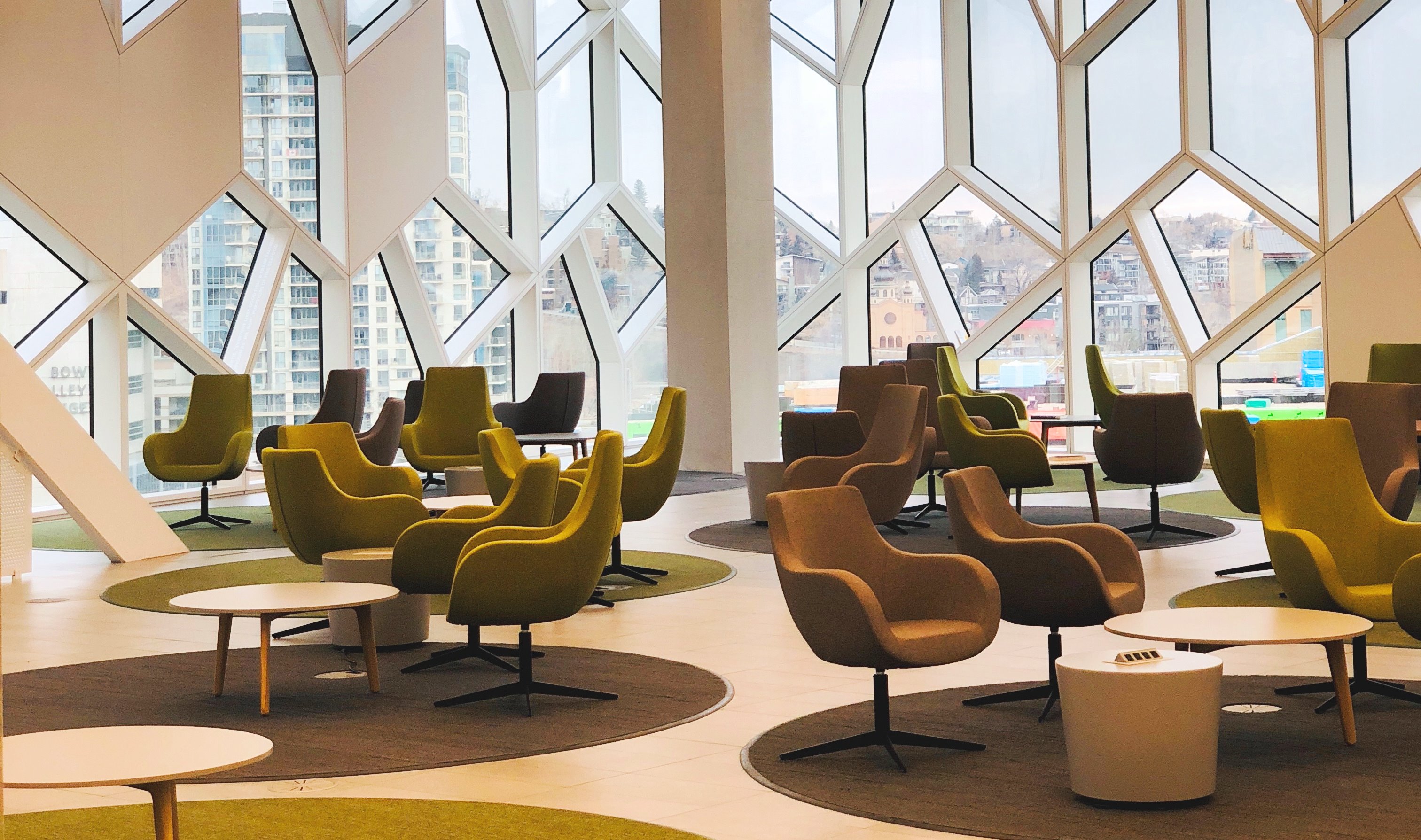 3. Get a good proposal template

If you’re writing the proposal from scratch every time you’re not only wasting your own time but you are doing your client a disservice by making them read through an untested document which might explain things badly. Get a good template.

We have over 100 proposal templates on this site from a whole range of different industries. It’s vital you use one that has used a proper proposal structure, is written professionally and designed to an exceptional standard.

Even if our templates don’t suit you, they’ll certainly show you the kind of thing you need to be using.

4. Get a discovery process

When you conduct your client discovery sessions, do you make it up as you go along or do you ask the same questions each time?

If you’re a seasoned pro then you’ll hate sticking to a script so to you, I’d say try to have at least 5/6 points that you capture and can then include the answers in the proposal.

If you’re fairly new to client meetings or open to trying something new, try to get a solid set of questions together so each meeting is the same. This creates a standard for the information you end up with and makes the proposal writing much easier.

There’s absolutely nothing wrong with having this on an iPad and typing on it. It shows you’re organised and want to write down what they say. Apart from anything else it saves you typing it up twice.

Your routine is really the thing that will have you sending your proposals quickly. Knowing what you’re asking in your discovery sessions, knowing your proposal software will do the heavy lifting for you, knowing it’ll only take you 15 minutes to write the intro is an amazing start.

The last thing is really knowing what you’re going to edit on your proposal. Your routine of getting the proposal created is one thing but get into a routine of having your template set up in such a way that you don’t need to edit every little bit of it.

Work on this and set it up the right way. Only you’ll know what can be left alone but try to have it so you’re only really editing the following:

The rest should be standard and shouldn’t be changing. A good proposal template will handle that for you.

In simple terms, do whatever you can to get the proposal sent quickly. Imagine you’re currently getting 1 in 4 projects that you pitch for.

Imagine getting 2 out of 4 projects instead of 1 out of 4. Getting 50 projects a year from the 100 you went for instead of 25. Imagine the difference that could make to your business.

Look at the simple things you can do to get your proposals out quickly and implement them as quickly as you can. At the very least you can start your trial of Better Proposals, use one of our proposal templates and write the introduction immediately after your meeting.

Implement these things today and you can thank us later.