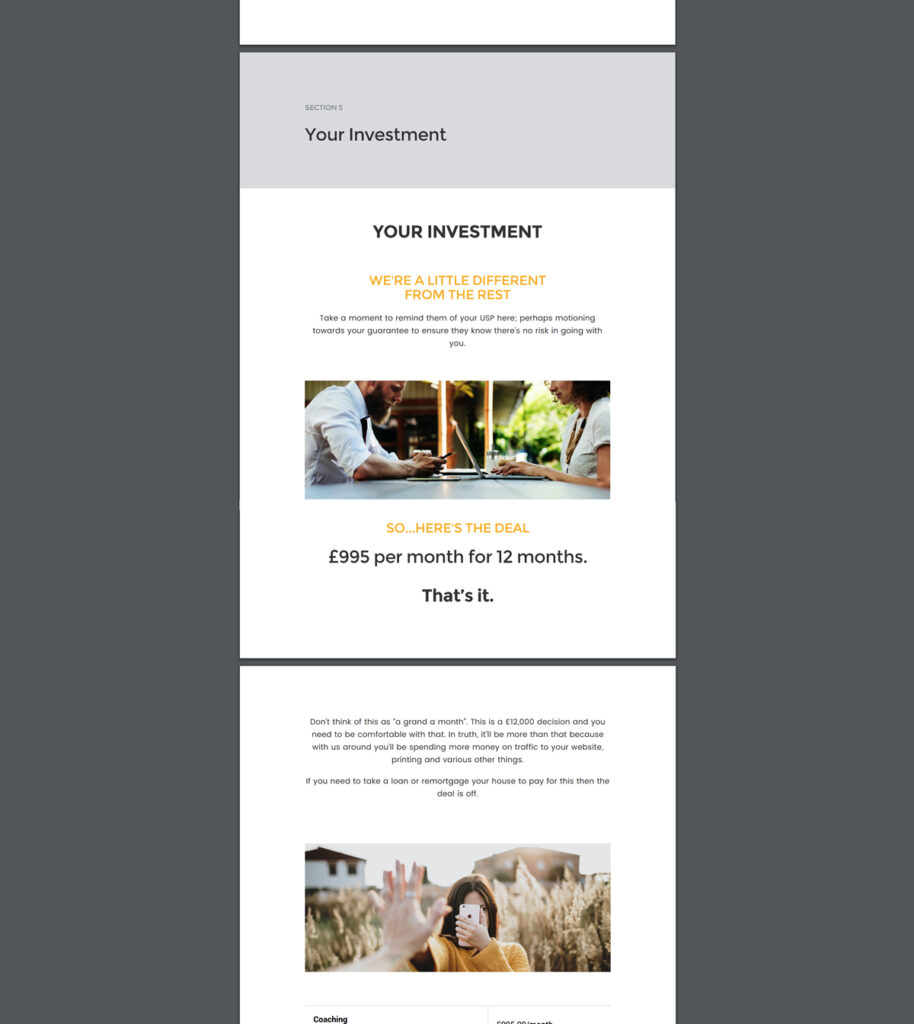 We were completely wrong.

I want to be clear, I don’t think I’m wrong in my thinking that paper isn’t playing an important role in the proposal process. What was wrong was having that thought without knowing for sure.

All the data in the world doesn’t change this. Less than 2% of proposals are ever printed. With tens of millions of proposals sent that would be considered statistical significance.

We would have someone come through on our live chat and point out that the PDF is weird or doesn’t look right. Our response was “Don’t worry about it, just send the online version, less than 2% download it anyway”.

This is the part that’s wrong. We’re taking that 2% and assuming that only 2% of your potential clients will open it too. That will never be true and we were wrong to think that could ever be the case.

So, with that said, we have conceded – the PDF and printable proposals have risen in importance. With that thought firmly established, we began to think differently about it. Instead of thinking this needed to be a special job somehow outside of our ability, why don’t we just approach it how we approach everything…

Let’s make the best paper document we can

Easier said than done and it meant we needed to look at why the existing proposal print-outs weren’t working. It really came down to the simple fact that the automated nature of its creation meant that no individual design decisions were being made.

It couldn’t decide if by making an image a fraction smaller it would fit on one page, it would instead just bump it onto the next page anyway so you’d end up with stuff that looked like this: 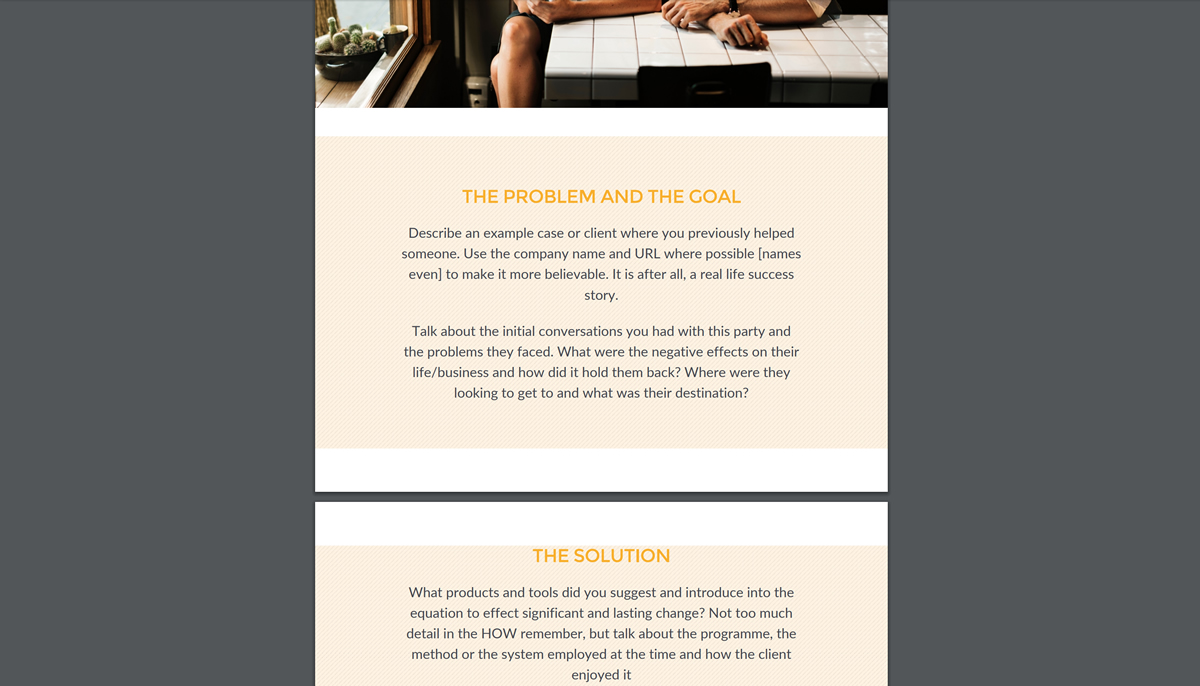 Obviously, this is crap and it’s completely understandable why anyone would be hesitant to give this to their clients.

We discovered that issues usually arose only when feature blocks were involved. This is the same situation without feature blocks: 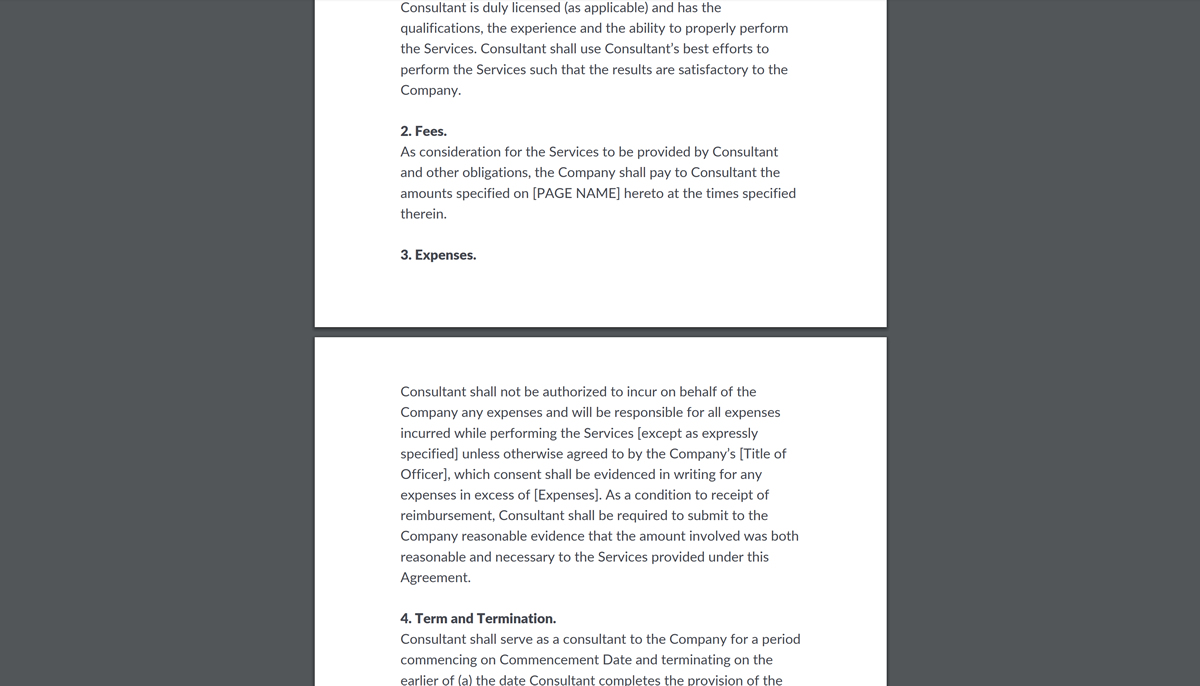 There’s nothing wrong with that at all. Things started to become clearer and I think the reason we originally turned a blind eye to it, is things like feature blocks have become so popular, we couldn’t possibly cut them out just to make the PDF look good. This is the crossroads we came to.

Should we sacrifice new features in the web version to make the PDF accurate?

Should we sacrifice accuracy in the PDF to allow the web version to be the best it can?

Previously we were firmly in the first camp but upon reflection, we realised we can’t let the limitations of paper hold us back so we have decided to make a few bold decisions.

The key concern here was to determine that if this ended up on a desk and someone was making a decision about using you, would this new printed version win you the job or cause any kind of embarrassment.

In addition to the design changes and in response to your feedback, we also removed the step where you had to choose which pages you wanted to download. The PDF now captures the whole proposal in one go automatically.

The result was a million miles better.

We looked at many different proposals with different types of content on them and each one looked leagues better. I don’t think this is one of those jobs that is ever finished but we’re so much happier now this looks better. Here it is. 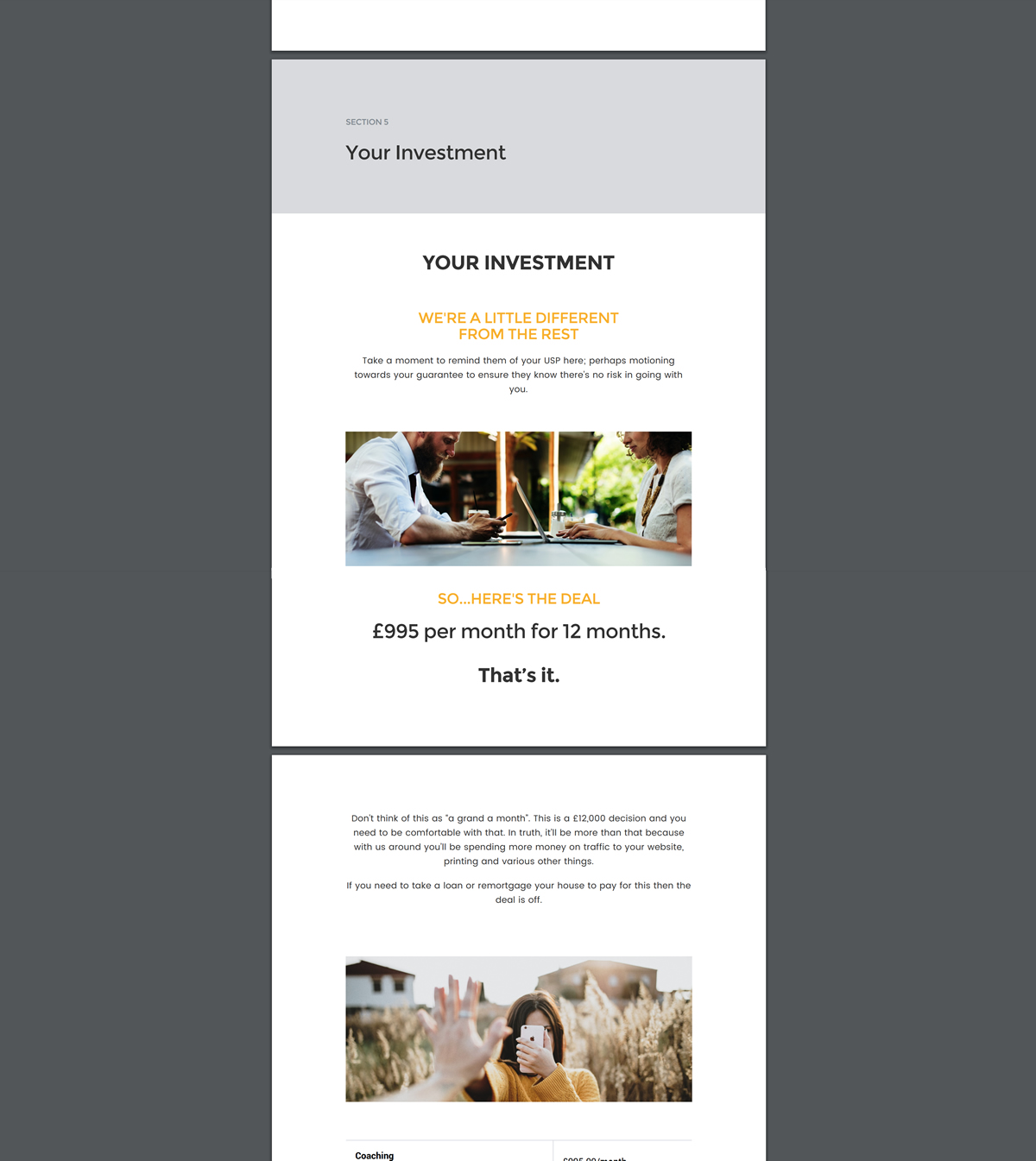 Reasons behind our design decisions

The grey page header – Feature Blocks are super popular and people love using them as page headers. We have taken the tab name which never featured in the PDF before and made it into a feature block style header. Your content then starts under it.

The Cover – The covers to us never looked quite right. They were okay but didn’t really have much in the way of design flair attached to them so we’ve re-done this and used your cover image or background colour to make this look really smart. Yes, it looks different but in the context of a PDF, it looks much smarter we feel.

Single use of fonts – Some fonts just look rubbish and going forward, we’re going to be expanding the use of fonts and allowing every possible font to be used in the PDF was simply unworkable.

Lack of feature blocks – This will prove to be unpopular but there’s simply no choice in the matter. It doesn’t work jumping from page to page and is near impossible to make it look right on a screen as a PDF or printed out. Also uses unnecessary amounts of ink if someone does decide to print it.

We hope you’ll feel even more confident about using the product when sending to your clients. We’re also really happy to discuss these changes so talk to us and give us your thoughts.